MIAMI--(뉴스와이어) 2021년 11월 23일 -- Metasaurs, one of the fastest-growing NFT communities in the world, and WAX ($3.5B market cap), the most utilized blockchain in the world for games, processing three-quarters of all game-related transactions daily, announced a ground-breaking partnership to bring new world-class P2E (play-to-earn) games to the WAX ecosystem.

The creators of Metasaurs and founders of WAX will be co-founding a new NFT gaming studio, MetaGames to develop new game projects including the official Metasaurs Game and the launch of the RAWR token to be released in Q1 2022.

Since its inception in 2017, WAX has been coined “The King of NFTs,” but it’s so much more. WAX’s vIRL® technology is leading the future of digital commerce and it is the #1 blockchain by transaction volume in the world. It currently has more than 8M monthly users and is growing 400k+ users per month.

The WAX gaming-optimized blockchain processes 15 million transactions per day and is the #2 layer-1 blockchain behind only Ethereum in daily and 30 day NFT sales volume. Alien Worlds, one of the most popular games in the world, is built on the WAX blockchain, and independently boasts a $2.3B market cap for its own in-game economy.

"The foundation of WAX was built on gaming,” said William E. Quigley, co-founder of WAX, “and the official Metasaurs Game is the perfect use case for a play-to-earn gaming franchise created on WAX, taking advantage of our high volume transaction capacity, unique fee structure of no minting and gifting transaction fees, and energy efficient and low carbon footprint.”

Metasaurs are Dinosaur-Bored Ape hybrids of the popular Bored Ape Yacht Club NFT. The extended storyline, based on Dr. DMT, creating the Metasaurs, unlocks endless creative potential with regard to future games, avatars, and other multi-media on the WAX platform and across the emerging metaverse.

“It is our mission to create fun games which will share their economies with the lifeblood of the community—the players—rather than siphoning all value only to the publishers,” said Merlin Kauffman, creator of Metasaurs. ”Blockchain technology is best suited for this use-case, and we are excited to partner with WAX to create differentiated gaming experiences for the mass market.”

“Merlin is a grassroots thought-leader in the NFT space,” said Quigley. “His track record building one of the most passionate fastest-growing NFT communities combined with our deep knowledge of NFT gaming economies put us in a privileged position to co-create the official Metasaurs Game. Our gaming studio, MetaGames, has all the right ingredients to create a series of successful play-to-earn gaming franchises.”

Quigley continued, “As we spend an increasing amount of time virtually than ever before, NFTs pave a way for users to have a stake in these new applications and digital worlds. WAX is at the forefront of this gaming evolution in the way we live online, building tools in a way that benefits everyone involved.”

The genesis Metasaurs collection is 9,999 NFTs created by Dr. DMT in The Lab from 300+ hand-drawn traits, each Metasaur consists of between 4-7 combined traits, of various rarities. Dr. DMT is authentic BAYC Ape #4588, and he is constantly developing new formulas to expand the Metasaurs experiment. The possibilities are endless, like the infinite lifespans of these Metasaurs on the blockchain.

About WAX - The King of NFTs

The Worldwide Asset eXchange™ (WAX), aka the King of NFTs, is the world’s #1 blockchain, as measured by number of users and transactions, according to Dappradar.com. WAX’s mission is to bring NFTs to the mass market in the safest, most secure, environmentally friendly, and easy-to-use marketplace in the world. WAX is also the leading entertainment NFT network — in 2018, WAX introduced vIRLs®, giving consumer product companies the ability to directly link NFTs to physical consumer products.

Creators of world-class games, we are building the future of play-to-earn gaming experiences on the WAX blockchain. Co-founded by William Quigley, Merlin Kauffman, and Ben Bindell in 2021, with initial studio development of the official Metasaurs Game and RAWR token to be released in Q1 2022. MetaGames’ mission is to build branded social gaming communities that share their economies with the players, rather than siphoning all of the value only to the game publishers. 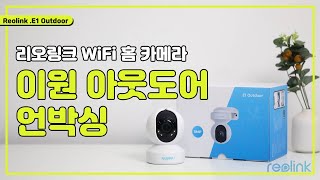 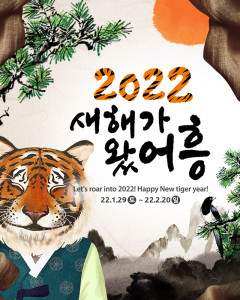