LOS ANGELES--(뉴스와이어) 2021년 11월 11일 -- XPRIZE, the global leader in designing and implementing innovative competition models to solve the world’s grandest challenges, today announced that 23 student-led teams have won the $5M Carbon Removal Student Competition. The award program, which is part of the $100 Million XPRIZE for Carbon Removal supported by the Musk Foundation, was launched, in part, to fund early stage concepts from the next generation of carbon removal innovators and to remove barriers to entry for those interested in the main competition.

Competing student teams had the opportunity to submit their concepts for an award in one of two tracks, Carbon Dioxide Removal Demonstrations or Measurement, Reporting, and Verification Technologies. Winning student teams are able to use funds to compete in subsequent rounds of XPRIZE Carbon Removal or to develop key supporting technologies which will enable carbon dioxide removal. Points of focus for the two award tracks were as follows:

· Carbon Dioxide Removal Demonstrations: Awards of US$250,000 to student teams intending to compete for the XPRIZE Carbon Removal Milestone and Grand Prize awards across the various carbon removal pathways: Air, Land, Rocks, Oceans. Teams needed to convince the judges that their proposed carbon removal projects would make them competitive applicants in the overall competition. This was the main focus of the Student Awards; the majority of awards are in this category.

· Measurement, Reporting, and Verification Technologies: Awards of US$100,000 for the development of technologies that may not directly remove CO2, but will enable carbon removal. Technologies or methodologies for improving the standards of assessment, or the precision, accuracy, and time required for carbon measurements were considered.

In order to be eligible for the Carbon Removal Student Competition, student teams needed at least 50% of their members to be currently enrolled in an educational institution with the support of an academic advisor or business leader able to act as a formal mentor. All submissions were reviewed by a panel of expert third-party judges who considered the innovation, ability to reach gigaton scale, team resources and capabilities as well as project plan feasibility in their selection process.

“We want to make a truly meaningful impact. Carbon negativity, not neutrality. The ultimate goal is scalable carbon extraction technologies that are measured based on the ‘fully considered cost per ton’ which includes the environmental impact. This is not a theoretical competition; we want teams that will build real systems that can make a measurable impact and scale to a gigaton level. Whatever it takes. Time is of the essence,” said Elon Musk, Founder and CEO of Tesla and SpaceX, in a previous statement.

Launched in April, XPRIZE Carbon Removal is a US$100M four-year global competition that invites innovators and teams from anywhere on the planet to create and demonstrate solutions that can pull carbon dioxide directly from the atmosphere or oceans. To win the grand prize, teams must demonstrate a working solution at a scale of at least 1000 tonnes removed per year; model their costs at a scale of 1 million tonnes per year; and show a pathway to achieving a scale of gigatonnes per year in future, as validated by a third party.

“Today’s college and graduate students have proclaimed that solving the climate crisis is one of the most important objectives of their generation. It’s for this reason that this student competition is so critical. Our mission is to engage, inspire and guide the next generation of climate entrepreneurs,” said Peter H. Diamandis, Founder and Executive Chairman of XPRIZE.

“The climate crisis is an existential threat that demands both immediate action, and a long-term commitment to bringing Earth’s carbon cycle back into balance for future generations,” said Dr. Marcius Extavour, Vice President of Climate and Environment at XPRIZE. “We’ve already begun to feel the impacts of the climate crisis in our day-to-day lives, and the data shows us that we need both immediate action on emissions reductions, and sustained innovation to develop additional tools like carbon removal. That’s why this prize is so important. It’s about mobilizing and facilitating the development of scalable solutions that can make a real difference in stabilizing the climate over the coming decades.”

For more information on XPRIZE Carbon Removal, to view the prize guidelines or to register, please visit xprize.org/carbonremoval.

About The Musk Foundation 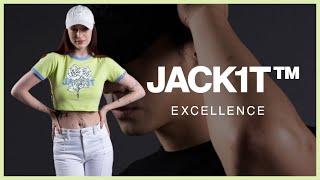 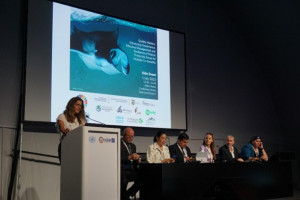